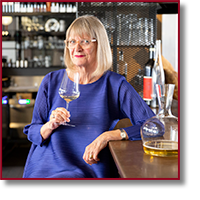 Jancis Robinson has been writing and broadcasting about wine since 1975, and has been the Financial Times’s wine correspondent since 1990. Her principal occupation now is JancisRobinson.com, updated daily, but she is also responsible for many of the standard reference books on wine, including The Oxford Companion to Wine and, with Hugh Johnson, The World Atlas of Wine. Her award-winning website JancisRobinson.com has members in 100 countries. She qualified as a Master of Wine, the first from outside the wine trade, in 1984, and has too many awards to list here. Since 2005 she has helped choose wine for Her Majesty the Queen, who presented her with an OBE in 2003. 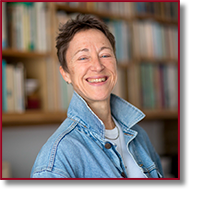 Julia Harding, linguist and fastidious editor, passed the notoriously stiff Master of Wine exams at the first attempt in 2004, the top student of her year. She has been working full time with Jancis Robinson since 2005, editing and writing for JancisRobinson.com, as assistant editor for the last two editions of the Oxford Companion to Wine and masterminding the map updates in the World Atlas of Wine. In this book, she has co-ordinated the work of all three authors, gathered the most up-to-date and reliable statistics available about plantings of wine grape varieties in every corner of the planet, as well as unearthing recommended wine producers for almost every grape variety. 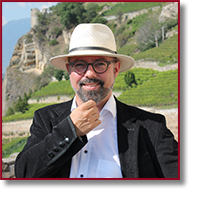 Dr José Vouillamoz is one of the world’s leading authorities on the origin and parentage of grape varieties through DNA profiling. An internationally acclaimed Swiss grape geneticist, he trained with Prof Carole Meredith at the University of California at Davis. In 2017, he published Cépages Suisses – Histoires et Origines. a huge national success that was later translated into German and English. Dr Vouillamoz is also author and co-author of several scientific papers and has contributed to The Oxford Companion to Wine and The World Atlas of Wine. Dr Vouillamoz is an independent  wine writer, wine educator and lecturer, as well as a member of the Académie Internationale du Vin and the Académie du Vin de Bordeaux (the only Swiss member). Since 2019 he has been deputy director of DIVO, the most important and oldest wine club in Switzerland.

This website uses cookies to improve your experience while you navigate through the website. Out of these, the cookies that are categorized as necessary are stored on your browser as they are essential for the working of basic functionalities of the website. We also use third-party cookies that help us analyze and understand how you use this website. These cookies will be stored in your browser only with your consent. You also have the option to opt-out of these cookies. But opting out of some of these cookies may affect your browsing experience.
Necessary Always Enabled
Necessary cookies are absolutely essential for the website to function properly. This category only includes cookies that ensures basic functionalities and security features of the website. These cookies do not store any personal information.
Non-necessary
Any cookies that may not be particularly necessary for the website to function and is used specifically to collect user personal data via analytics, ads, other embedded contents are termed as non-necessary cookies. It is mandatory to procure user consent prior to running these cookies on your website.
SAVE & ACCEPT